The Comcast / Xfinity Bulk Agreement with Chapel Trail was one of the most divisive decisions the Chapel Trail HOA Board has made in its history. It just so happened that when I first moved to Chapel Trail, the CTOA Board at the time was deliberating over whether to renew the current TV only bulk agreement, eliminate it altogether, or expand it to include Internet service, as our reliance upon it had grown exponentially since the last agreement had been signed.

I am going to write a 3-part series here on the Chapel Trail Living Blog about this decision. I’m not doing this for those that live in Chapel Trail who were involved in the process, but for those who weren’t, or for those researching Chapel Trail, the HOA, and local Chapel Trail Homes for Sale.

The first part is this article, and will briefly discuss the story of where the bulk agreement with Chapel Trail was, and how they got to where we are today. The second part will discuss the numbers of the deal, looking at the savings the bulk agreement provides each homeowner in Chapel Trail. The third and final part (for now) will discuss how homeowners in Chapel Trail can best take advantage of all of the features of their Xfinity service, including some that they might not even know have been added since the deal was put in place.

What I’m not going to discuss is the politics of the decision. From my communication with neighbors and residents throughout the community, most were in favor of the decision as most were already paying for Internet service from Comcast, or slower DSL service from AT&T, and the proposal would lower their overall cost per month, even if their HOA dues would go up.

There were, however, a vocal minority adamantly opposed to the decision. While I can’t speak to their individual motivations, most seemed to come from their “right” to choose their own Internet provider, or choose one at all. (Although to this day, there is only one other Internet provider in Chapel Trail, and that is AT&T.) At the end of the day, the decision to move forward by the board, was approved by an overwhelming majority of the community, although not without some speed bumps along the way.

I’ll mention here that Comcast was not the sole company who had a proposal in front of the Chapel Trail Board. AT&T and Hotwire communications also had proposals under consideration as well. At the time, AT&T only proposed DSL Internet service of 3Mbps to each home as several communities in Chapel Trail could not be serviced by their infrastructure (or they did not want to build it out). In practical terms, that basically eliminated them from serious consideration as their proposal was far inferior to those of Comcast and Hotwire.

Hotwire Communications had proposed to lay fiber optic cable throughout the community, which I was personally in favor of, because I thought it would “future-proof” us for technology we may not even be aware of down the line. Ultimately, I think the thought of a year or more of construction for the build-out dissuaded most residents and the board from this option. (Ironically, about 2 years later, AT&T went ahead and laid fiber throughout about 75% of Chapel Trail anyways, which was not without its own issues.)

Ultimately the decision of the CTOA Board, based on feedback from throughout the community and the various voting representatives from each local association (Click here for more information on how the Chapel Trail HOA works.), chose to advance the process forward with Comcast. At that point, the dialogue shifted from which company to choose, to which plan or package.

Comcast had offered different options, and the board ultimately chose a package that would cost each homeowner $66.50 per month, plus about 14% in taxes and fees. This amount would increase by 3% each year, so long as Comcast notified the HOA 60 days prior. (and they always do.) This was the package that was presented to homeowners and local association representatives as the best balance between features and cost among the various options Comcast offered.

Getting feedback from the community

Once the package was selected, it was time to get feedback from the community. The vote was going to be whether to keep the single TV only bulk service, move to the TV/Internet “double-bulk” service, or eliminate the bulk service altogether. While all of the meetings were open to the public, and they were heavily attended relative to a regular monthly HOA meeting, it was still a very small percentage of the 3,676 households in Chapel Trail. Information was presented and given to the 17 local association reps to be presented at their local HOA meetings. How this was done was left up to each of those local boards.

In my community of Chapel Trail Estates, the information was presented at a local meeting, owners were allowed to speak and give their opinions / comments on the matter, and our local board took a straw poll of the residents in attendance (about 50 of 162 homes) as to their preference. That preference would influence the vote of that community’s vote on the bulk contract. My understanding is that many, but not all of the local boards did the same. Our community overwhelmingly chose the double bulk option, and that’s how our vote was represented at the final decision meeting.

The Chapel Trail Board, while having the discretion to enter into this contract on their own authority, wisely chose to put it to a vote of the community. Given Chapel Trail’s HOA Structure, this does not mean that each homeowner gets to vote. In a community of this size, it’s impractical to do this. Instead, a representative from each of the 17 local associations is given a vote that represents the number of homeowners within their community.

This vote occurred at a special meeting of the board on September 9, 2015. Sixteen voting reps were present at that meeting (one was not), and of the sixteen, twelve voted for the double bulk option, while three communities voted for the single bulk option and one voted for no bulk. The vote totals were 2,694, 739, and 100 respectively.

The CTOA board, on the weight of the overwhelming majority of the Chapel Trail community, started the process of entering into a 7-year contract with Comcast for double-bulk service. At the end of the 5th year, a negotiation period would start at which point discussions on an extension or new contract could begin. Ultimately the agreement between Comcast and Chapel Trail was made and entered into on March 1st, 2016.

Florida Statute 720.309(2)(a) provides that “Any contract entered into by the board may be canceled by a majority of the voting interests present at the next regular or special meeting of the association, whichever occurs first. Any member may make a motion to cancel such contract, but if no motion is made or if such motion fails to obtain the required vote, the contract shall be deemed ratified for the term expressed therein.”

An attempt was made by at least one voting rep at the time to cancel the Comcast contract. In order to do so, a majority of the voting reps, most of which had just voted FOR the contract, would have to vote to cancel it. Unsurprisingly, this attempt failed, with only 2 communities voting to cancel the agreement and 14 voting to keep it.

To this day, the Comcast agreement still brings up strong feelings by some within the community. In 2020, having high-speed Internet at home was a necessity for most of us as many have had to shift to working or schooling from home. Having a strong, upgraded Internet infrastructure turned out to be a great benefit to the vast majority of Chapel Trail residents.

Outside from the occasional and frustrating outage, this agreement has benefitted most homeowners by saving them close to $100 per month over what they would be paying otherwise. In Part 2 of this series, I’ll break down these costs, savings, as well as some available upgrades.

One last thing…I’ve included a few of the documents relating to the bulk-contract selection process here for anyone to download and view. These documents were all made available by the Chapel Trail Homeowners’ Association during and after the process.

Get access to Premium Features for FREE for a year! 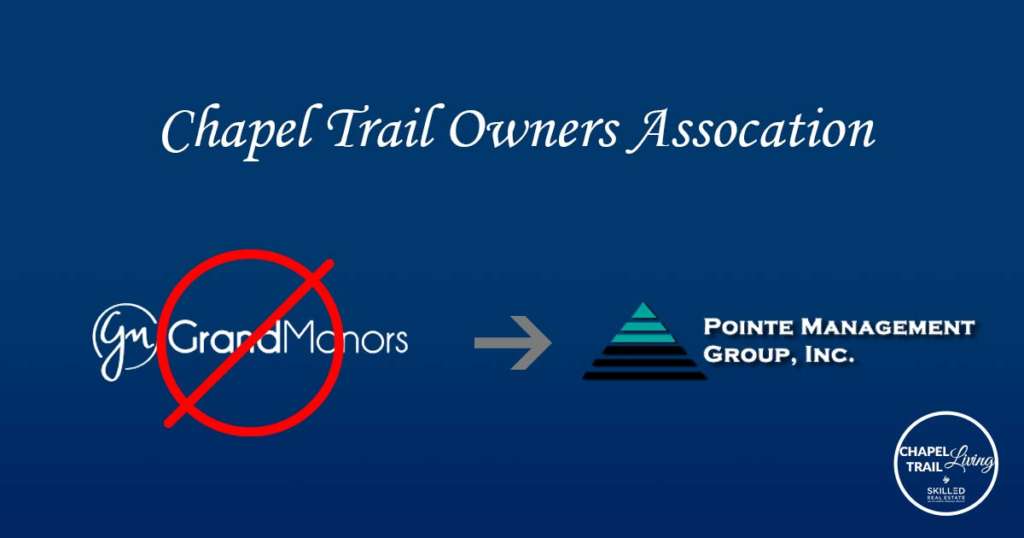 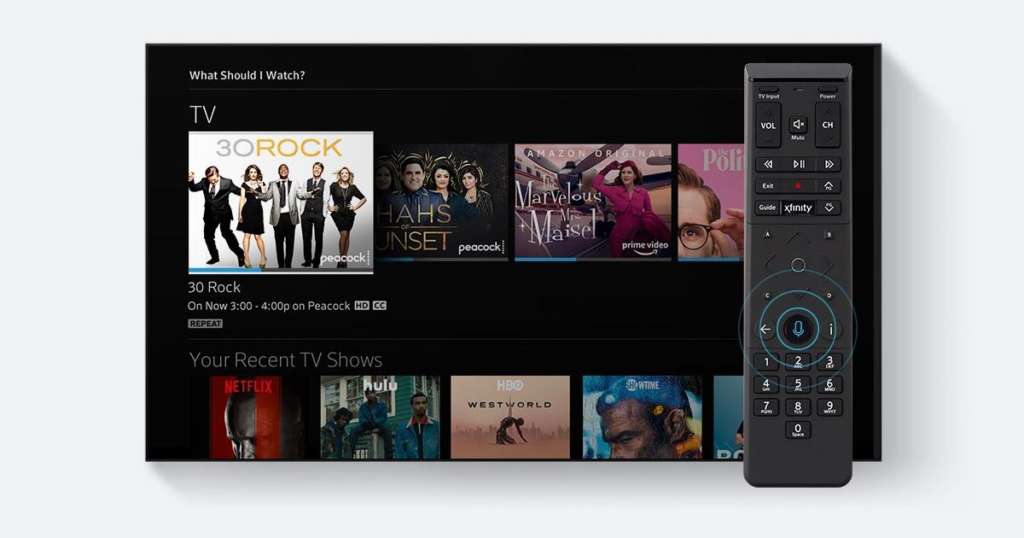 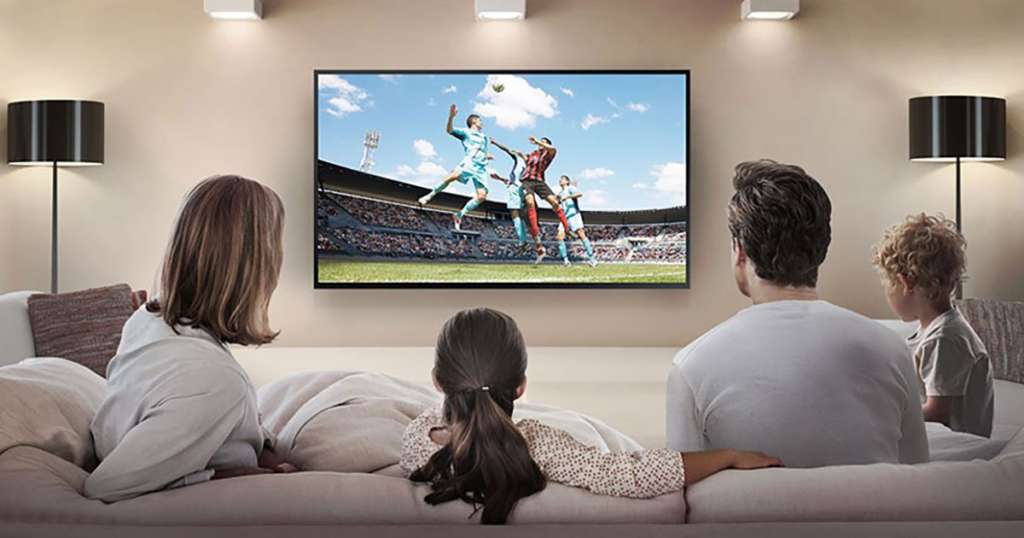 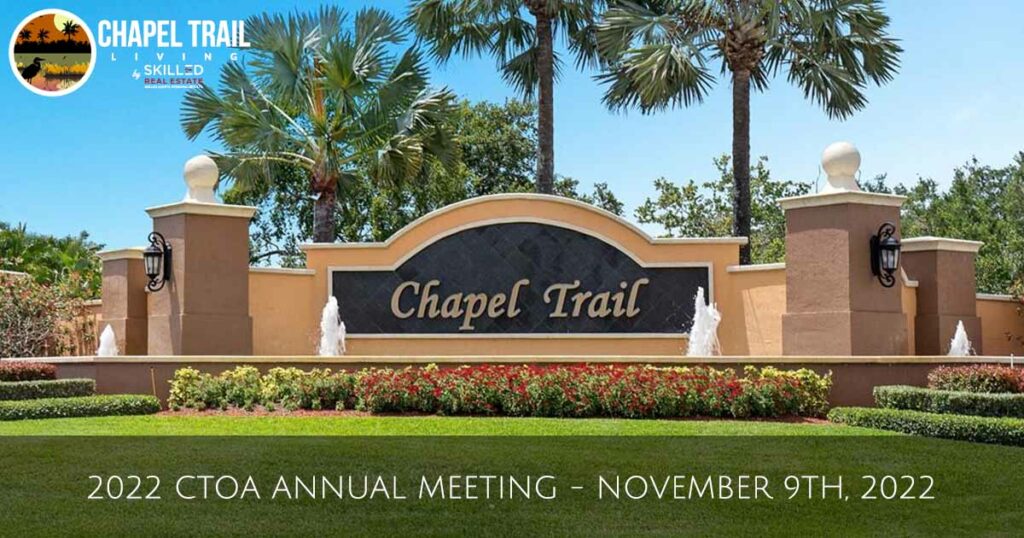 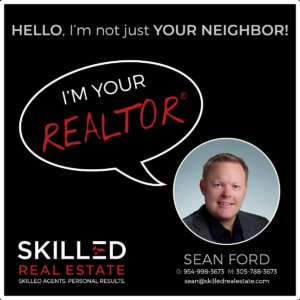